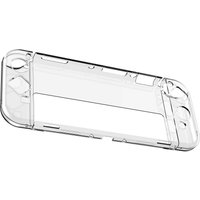 This Subsonic clear protective shell has been designed specifically for the Nintendo Switch OLED, this case covers the console perfectly while leaving access to the buttons, game cartridges, vents, and the tripod. The case has been specifically designed to allow you to remove the joy-cons without having to remove the case and it can also be docked for TV play without needing to remove the case. Manufactured from a durable yet light weight polycarbonate material that is thin and offers a comfortable grip. (Nintendo switch OLED for illustration purposes only and is not included). Dimensions: 24 x 10.5 x 1.8 cm. 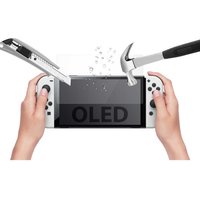 This screen protector is constructed from premium tempered glass with a 9H hardness rating and still provides HD clarity when gaming. The screen protector is designed to perfectly fit the Nintendo Switch OLED screen. The tempered glass offers protection from everyday shocks and scratches while retaining the screens tactile function and the oleophobic coating naturally repels oil and grease to limit fingerprints. (Nintendo switch OLED for illustration purposes only and is not included). Supplied with a cleaning kit and cleaning product. 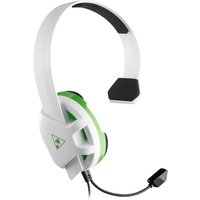 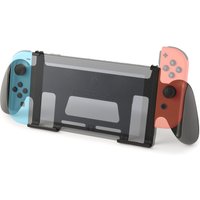 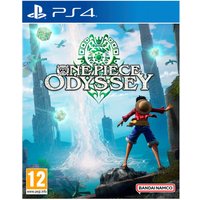 Pre-order today and we'll deliver on the 13/01/2023 release date or as soon as stock is available. Join this brand-new RPG featuring new character and monster designs produced by Eiichiro Oda, the author of One Piece. The game is also complemented by the beautiful music of Motoi Sakuraba, a composer well known for his various contributions to video games such as the Dark Souls and Tales of series. A broken Thousand Sunny… Scattered crew members… Luffy’s missing straw hat... During their voyage, the Straw Hats, led by Monkey D. Luffy are swallowed by a huge storm at sea. They end up on a mysterious island full of nature amidst the storm and become separated from each other. The crew sets out on a new adventurous journey filled with wonders of a raging nature, powerful enemies and strange encounters with island locals. Work together with Luffy and his crew to set sail once again. Game features:A Mysterious Island Luffy decides to scout the island to meet up with his scattered crew members. They come across various mysterious ruins and never-before-seen monsters. Although excited to scout the island together, things soon take an unexpected turn. Discover and experience an original storyline. Straw Hats As OneDefeat new enemies, unravel mysteries and unearth a whole adventure with your favourite Straw Hats! In addition to Luffy, you can play as Zoro, Nami, Usopp, Sanji, Chopper, Robin, Frankie and Brook. RPG With A One Piece Twist Experience quests and dungeons all with an authentic One Piece twist. Enjoy what you love about RPGs but with your favourite characters and an original touch from the One Piece universe. 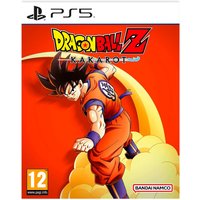 Pre-order today and we'll deliver on the 13/01/2023 release date or as soon as stock is available. Relive the story of Goku and other Z Fighters in Dragon Ball Z: Kakarot like never before! Beyond the epic battles, experience life in the Dragon Ball Z world as you fight, fish, eat, and train with Goku, Gohan, Vegeta and others. Explore the new areas and adventures as you advance through the story and form powerful bonds with other heroes from the Dragon Ball  Z universe. All with stunning visuals, a fluidified gameplay and faster loading times thanks to the power of PlayStation 5 and Xbox Series consoles. Game features:• Relive the story of Dragon Ball Z, from the arrival of Raditz to the final fight against Buu. Experience epic events and light-hearted side quests, including never-before-seen story moments that answer some burning questions of Dragon Ball lore for the first time.• Play through iconic Dragon Ball Z battles on a scale unlike any other. Fight across vast battlefields with destructible environments and experience epic boss battles against the most iconic foes (Raditz, Frieza, Cell, Buu etc). Increase your power level through RPG mechanics and rise to the challenge.• Don’t just fight as Z Fighters. Live like them. Fish, fly, eat, train, and battle your way through the Dragon Ball Z sagas, making friends and building relationships with a massive cast of Dragon Ball characters. 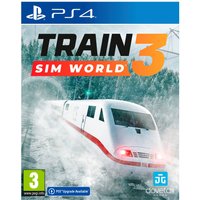 Master the machine with Train Sim World 3. Conquer American mountains as you haul incredible tonnage with the workhorses of industry, get the British capital’s commuters to work in record time, and race state-to-state aboard German high-speed traction. Play your own way with creative tools. Key Features:• RAW POWER - Haul hundreds of containers through Cajon Pass with the ES44C4. Experience the thrill of 280 km/h in the ICE 1 between Kassel and Wurzburg. Drive Britain’s fastest train, the Class 395, between London, Ashford and Faversham.• EXTREME WEATHER - New volumetric skies bring a transformed atmosphere to routes. Lightning dances among intense storms, the roar of thunder competing with the sound of machinery. Wind hammers the side of your train. Feel total immersion as you learn the art of defensive driving to stay in control.• YOUR HOBBY - Experience multiple trains per route. Expand that further by customising your own scenarios and liveries, then share on the Creators Club. Your collection also comes with you. All Train Sim World 2 content is available to play in Train Sim World 3 giving you more to explore. 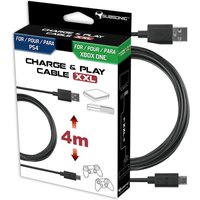 Subsonic USB Charge and Play Cable For PS4 and XB1.

This charge and play cable allows you to charge your PS4 or Xbox One controller while playing from the comfort of your sofa with the generous 4m length. This will also provide power to Xbox One controllers, so there is no need for batteries or a battery pack. The XXL length is perfect for most rooms and gives you the convenience of playing up to 4m from your console. 4M length 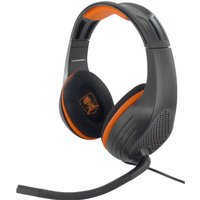 The X-Storm tactical headset for Playstation 4, Xbox One and PC is a great stereo headset with a built in rotating microphone. The headset features a volume control and a microphone 'mute' function which can be easily enabled when needed. The headset is very easy to install and conveniently plugs into your 3.5mm mini jack port on your PS4 controller, NEW Xbox One controller, or PC output port. Microphone mute function Comfortable padded ear cushions Suitable for the NEW Xbox One controller and PS4 controller which has a 3.5mm mini jack connection Also suitable for PC's with a 3.5mm output port 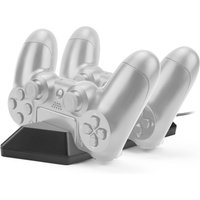 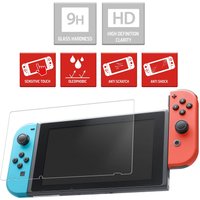 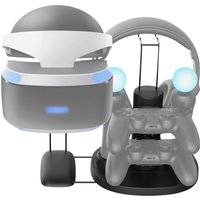 PlayStation VR: Subsonic All in One Charging Dock Station. 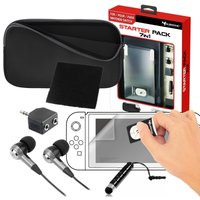 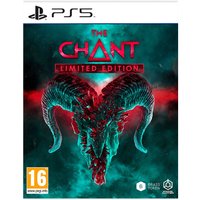 A single-player, third person horror action-adventure game set on a remote island spiritual retreat. A peaceful weekend soon turns to dread after a group chant opens The Gloom, a psychedelic dimension of terror that feeds off negative energy. Interact with a recurring cast of characters, untangle the complex history of the island, and witness terrifying revelations about the cosmos. Only you can fight off the creatures, reason with the survivors, and unravel the legacy of a cult from the 1970s to reverse the ritual. EXPLORE AN ISLAND FILLED WITH COSMIC DREADInteract with the other members of the retreat as they slowly become consumed by their own negative energy. Survive against an array of prismatic creatures and cultists released from The Gloom as you piece together the weird history of the island. FIGHT OR FLIGHTYou must choose your fights and battle for survival with spiritual weapons and abilities. Collect, craft, and manage your resources to take your chances in close combat - or succumb to panic and flee. MIND BODY SPIRITBalance is everything. Steel your mind against horror and panic; Protect your body against physical threats; Elevate your spirit to meditate and access supernatural abilities. MODERN PSYCHEDELIC HORRORInspired by the psychedelic horror of the 1970s, experience a landscape of colored lighting and an electronic rock soundtrack, composed by the award-winning Paul Ruskay. LIMITED EDITION CONTENTSThe base game plus a 1970s themed in-game VFX filter mode, an exclusive 1970s inspired spiritual retreat outfit, The Glory Island Art Book, The Chant Original Soundtrack - Composed by Paul Ruskay as well as a slip case. 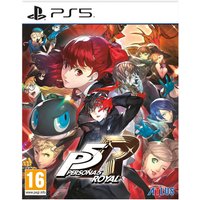 © Price-Wizard 2022 (AZ). No material on this website may be reproduced without prior permission.